We all love survival stories. It’s the sense of adventure, the courage and perseverance, the difficult decisions, and the acts of desperation to survive against the odds, no matter what.

Contents show
1 1. Lost In Shangri-la
2 2. Into Thin Air
3 3. Alive: The Story Of The Andes Survivors
4 4. Touching The Void
5 5. The Lost City Of Z: A Tale Of Deadly Obsession In The Amazon
6 6. Into The Wild
7 7. Between A Rock And A Hard Place
8 8. In The Heart Of The Sea: The Tragedy Of The Whaleship Essex
9 9. Endurance: Shackleton’s Incredible Voyage
10 10. Eiger Dreams: Ventures Among Men And The Mountains
11 11. Jungle: A Harrowing True Story Of Survival
12 12. The River Of Doubt: Theodore Roosevelt’s Darkest Journey
13 13. Deep Survival: Who Lives, Who Dies, And Why
14 14. Unbroken: A World War II Story Of Survival, Resilience, And Redemption
15 15. The Perfect Storm: A True Story Of Men Against The Sea
16 16. Frozen In Time: An Epic Story Of Survival And A Modern Quest For Lost Heroes Of World War II
17 17. The Climb: Tragic Ambitions On Everest
18 18. Escape From Camp 14
19 Final Word

And when those stories are real, they become all the more intense, shocking, exciting, and inspiring.

So to help you find your next page-turner survival book, we’ve gone ahead and rounded up our top picks for the best non fiction survival books that you can read today.

Whether you consider yourself interested in survival stories or not, we guarantee these books will have you hooked and engaged from the first page to the last!

First up: Lost in Shangri-la: A True Story of Survival, Adventure, and the Most Incredible Rescue Mission of World War II.

And if you enjoyed Lost Survivor, this is a true story that won’t disappoint about three U.S. army personnel who managed to survive one of the most dangerous parts of New Guinea during WWII after their plane went down.

It’s no surprise that the most incredible survival stories have come from mountaineers who have climbed the world’s tallest peak: Mt. Everest. And in Into Thin Air: A Personal Account of the Mount Everest Disaster, Jon Krakauer details his gripping experience that almost led to his death.

3. Alive: The Story Of The Andes Survivors

You might remember or know about the 45-passenger plane that crashed in the Andes in 1972. What happened after resulted in just 16 survivors, and Alive: The Story of the Andes Survivors reveals everything—the brave and the unspeakable—that took place.

Touching the Void: The True Story of One Man’s Miraculous Survival is the incredible story of how Joe Simpson survived a treacherous climb in the Andes after his partner was forced to leave him behind. Written by Joe Simpson himself, this real-life survival story is both riveting and inspiring.

5. The Lost City Of Z: A Tale Of Deadly Obsession In The Amazon

Fascinated by lost cities and lost civilizations? The Lost City of Z will be right up your alley, which details Percy Fawcett’s quest to locate a lost civilization in the Amazon. Part adventure, part survival, this is a book that offers mystery and the obsessive actions of an expedition team hellbent on solving it.

Ever thought about cutting up your credit cards, leaving your job, and going on a solo adventure? That’s exactly what Christopher McCandless did – an adventure that went on to becoming a critically acclaimed film. Here’s the story in book form, told by mountaineer Jon Krakauer.

7. Between A Rock And A Hard Place

Here’s the true story that was adapted into the movie, 127 Hours, starring James Franco. Between a Rock and a Hard Place is Aron Ralston’s biographical account of what happened when he was trapped canyoneering, between two rocks, forced to amputate his own arm – a survival story like no other and one of the most famous ever told.

8. In The Heart Of The Sea: The Tragedy Of The Whaleship Essex

What inspired Herman Melville’s Moby-Dick was a real-life sperm whale that battered the Essex – a whaler boat of 20 crewmen on a Pacific Ocean voyage in 1820.

Leaving them to survive on three small boats for three months, In the Heart of the Sea is a gripping story of survival – and a reminder to never take nature for granted.

Navigating a voyage through ice, storms, and freezing cold temperatures is never going to be easy. And that’s what Ernest Shackleton found out on a South Pole voyage that almost took his life and the lives of his twenty-seven-man crew, accurately chronicled by reporter Alfred Lansing.

10. Eiger Dreams: Ventures Among Men And The Mountains

As one of the world’s most famous mountaineers, Jon Krakauer has experienced a few (a lot of) close calls. In Eiger Dreams: Ventures Among Men and the Mountains, Jon Krakauer describes his most daring mountain climbs – including all the times he had to fight for his life to survive.

Jungle: A Harrowing True Story of Survival is Yossi Ghinsberg’s personal account of survival in the Amazon rainforest after being separated from his group.

Using nothing but improvisation, Yossi’s experience was a survival story against all odds that was adapted into a feature film starring Daniel Radcliffe.

13. Deep Survival: Who Lives, Who Dies, And Why

Hunting for a survival book that tells you how to survive? Deep Survival: Who Lives, Who Dies, and Why is it, written by bestselling author Laurence Gonzales, who offers real-life survival advice (practical and mental) collected from some of the most experienced professionals on the planet.

Louis Zamperini is a World War II lieutenant and prisoner of war who was forced to survive after his plane crashed into the Pacific Ocean during 1943.

A sinking raft, sharks, and nothing to eat or drink, Louis Zamperini’s survival story is a gripping read from start to finish, written by American author Laura Hillerbrand.

15. The Perfect Storm: A True Story Of Men Against The Sea

The Perfect Storm: A True Story of Men Against the Sea is a must-read survival story if you’re interested in sea voyages, especially when they involve a punishing storm that forces the crew to battle the elements – a true story about the Andrea Gail fishing vessel.

16. Frozen In Time: An Epic Story Of Survival And A Modern Quest For Lost Heroes Of World War II

Here’s another book by acclaimed author and professor Mitchell Zuckoff, this time about the survival of nine men whose US cargo plane crashed in Greenland during World War II. This account mixes adventure, survival, and a brave rescue mission in one, making for a WWII story that needs reading.

17. The Climb: Tragic Ambitions On Everest

Anatoli Boukreev took it upon himself to climb Everest to rescue two groups whose expeditions took a turn for the worse. From Anatoli Boukreev himself, this heroic account is a survival story and rescue mission like no other, highlighting the courage and perseverance of one man who managed the impossible.

Last but not least, Escape from Camp 14: One Man’s Remarkable Odyssey from North Korea to Freedom in the West.

A New York Times bestseller, this survival book details Shin Dong-Hyuk’s incredible escape from a North Korean prison—and all the harrowing experiences he witnessed and faced during his time there—written by journalist Blaine Harden.

And that wraps up our list of the best non fiction survival books that you need to read. Add these to your reading list as we know for a fact that these incredible true stories of survival will grip and inspire you from the first page to the last! 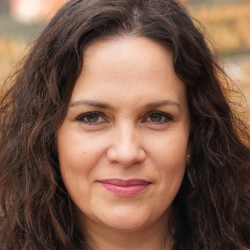